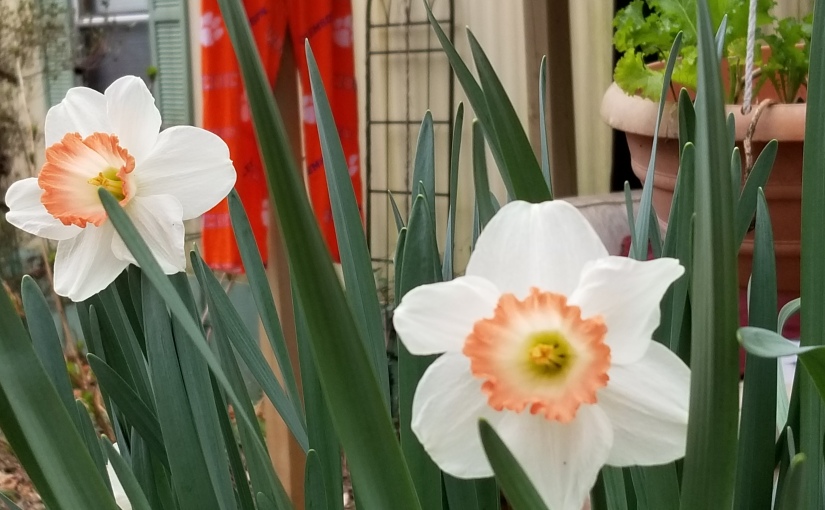 It’s Spring!….at least around here, it is.

Around here ‘Spring’ means Spring Practice for the Clemson football team. Coaches intentionally set up situation plays that will challenge the player’s beliefs…their expectations…and draw out their weaknesses.  The players themselves will try moves that have worked before but don’t anymore….and be open to learning a new thing. That’s what spring is all about.

It is Springtime for all of mankind.

God’s gifts are often described in springtime terms of lush green meadows, gentle grazing sheep, still waters, and sweet lilies of the field. The bright bird song sounds like gratitude to God. But Spring, particularly now, is a time to be alert and conscious of what life is about. Those bird songs are battle cries…fierce warnings to protect and defend. Birth of the young is fraught with dangers; one animal’s young devouring another animal’s young. Spring rains can wash out a lifetime of work. Green shoots are amazingly strong and can move rocks, pull down trees, and tumble earth. Those pretty flowers are the plant’s one shot at continuity; fail to compete for the attention of the insect and you lose…No fruit; no future.

Survival is of the alert.

Spring reminds us that there is always change going on, growth, and adaptation. Walls heave and crumble from frost. Dams and levees break and wash away. Those who make it through these changes are not so much ‘survivors’ as they are the riders at the crest of the waves of change.

Isaiah said, “Behold, I am doing a new thing; now it springs forth, do you not perceive it? I will make a way in the wilderness and rivers in the desert.”

Bernadette Roberts said:
“The way it goes is that God takes something from us and then waits for our reaction.  Usually He takes something we never even knew we had to give and this is because God works at the unconscious level, while we can only work at the conscious level or with what we know about ourselves. So God’s work is really undercover, for which reason we need absolute faith and trust in what we do not know or cannot see – ourselves or God.

God is Creator:  a parent who takes the responsibility of growing us up…and He does this with fierce love, honesty, and tender grace.

Spring practice lasts only so long and it appears it is getting shorter. It is time we took it upon ourselves to grow ourselves up, be the alert scouts for the best future, be the leaders among our peers, and take the love we know out into the world.

Springtime is about waking up and growing up.

and to God be the Glory. 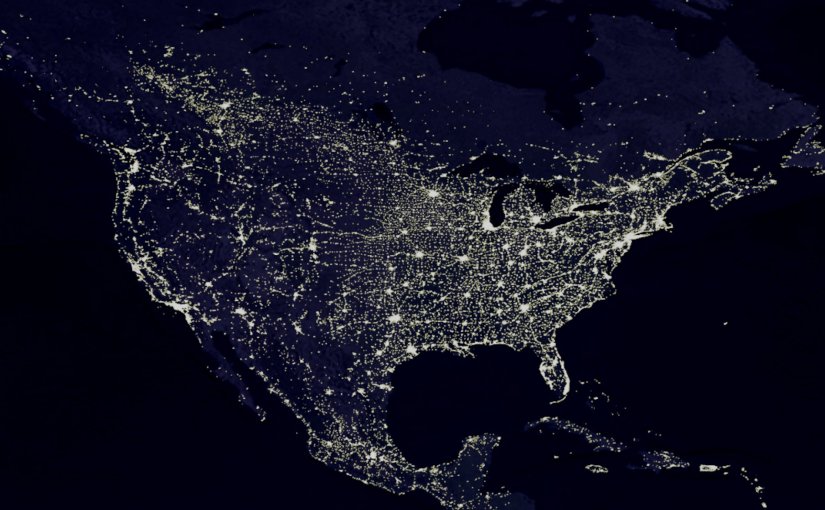 Irma has reached South Carolina and we lost power an hour ago. (I’m composing on my cell phone…by candle light.)  My first thought when the power went out was that it would be back on soon because we live so close to the source… the dam. But then I remembered the prediction of wide-spread power outages.  Such a prediction is a good one because, electrical grid-wise, we are all connected.  That’s how and why brown-outs and black-outs occur…one city knocking down another.

Some people feel that images of disasters and heart-breaking stories from around the globe are too much to handle (“I can’t do anything about it.”)  However, in reaction to the news reports concerning the people in Texas and Florida, and even in Bangladesh, some internet friends and I have been writing about how we feel compelled to expand our compassion and concern out beyond our usual circle of friends and family.   One dear friend in Ireland said that it has changed the way she prays for people.  I’m inclined to agree with her because I believe in prayer.  I also believe that this is a new era…a time for increased global awareness, accompanied by an increased capacity for global compassion.

In the same way that technology has enabled power companies to interconnect and support and back up each other, we are getting better at doing the same spiritually. On a very small scale, when I struggle emotionally, my close friends step up and fill in with comfort and encouragement until my ‘transformers’ are running again. Healthy extended families and support groups like AA have been working like this for generations but now our awareness of suffering and need is global. How can our compassion cover it all?

Inventors of technology will attest to the truth that necessity is the mother of invention. Our increased awareness of the needs and struggles of others has necessitated a greater need for deeper and larger compassion and, spiritually, I believe we are being granted that greater capacity… almost as if we are able now to turn the light switch on in a previously secret room. Whether mankind has always had the capacity to hold the whole world in its heart…but just didn’t use it much…or whether we have evolved to be able to hold the globe in compassion, I believe we are discovering that it can be done.

Writers like Krista Tippett, Jim Marion, and Cynthia Bourgeault address how we as a civilization are evolving in consciousness.  Capabilities like nondual thinking, holding opposing views in a safe mediative space, and praying for the awakened consciousness of others are taking ‘helping others’ to a new level.

One of my friends cautioned me not long ago that I cannot heal the whole world…and she is correct… but I think we are getting closer to loving the whole world in compassion, all the time.

A fellow blogger is concerned about evolution; he believes the concept that life evolved from a single-celled organism dismisses belief in God and devalues human life.  This is how I respond:

I disagree that what we are learning, and continue to learn, dismisses belief in God or devalues human life. God, even as documented in the Bible, has revealed Himself to man in ways that man can understand Him…in ways that man can handle…emotionally, conceptually, and intellectually. When He appeared to Abraham and to Moses, it was in glimpses and even then the men were dramatically affected by the experience. God, the Father, sent Jesus in human form so we would be able to receive Him and accept Him and listen to Him without the shock of His divinity; when he presented simple displays of His power in healing and changing water to wine or feeding the thousands, these simple examples were difficult for people to understand and accept.

The writers of the Bible wrote about God in ways that made sense to them…in ways they and others could handle and understand; they wrote in terms of what they knew…and even then it was mysterious and marvelous. The more we learn about our world, our universe, and ourselves, the more we learn about how amazing God is. God is so much more than what we know and are aware of. If God created us by a method starting with single-celled organisms, the whole concept is mind-blowingly creative and brilliant. The elegance of the processes involved are evidence of the masterfully-artistic mind of God.

Evolution, in no way, devalues human life. Man is special and unique among all of the creatures God planned: Man writes poetry, for example. All other creatures do what they do to survive. Poetry is not necessary for survival. Man seeks communion with the Creator. Do other creatures do that?

God is in no way threatened by science or technology. Quite the contrary, God is giving us the guidance to learn more about our universe…and more. God reveals Himself and creation as we are capable and prepared to know. And, the Holy Spirit is not computer illiterate; God nudges man to develop technology and inspires people, like you and me, to use it to distribute knowledge, wisdom, and guidance and to heal people all over the world.

God created this world and it is still a good creation. There is much wrong going on and God is aware. God loves.  God wants reconciliation and gives us ample opportunities to do that..and to help others see that.  God is excited…just as we are…as we continue to learn how magnificently and beautifully executed His creation has been…and continues to be.

Thanks be to God and to God be the Glory. 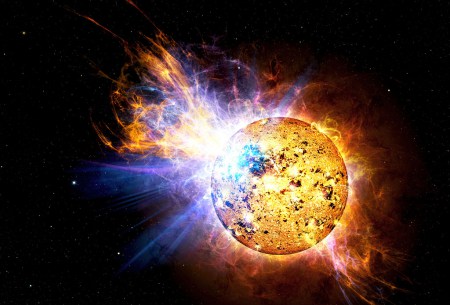 What was it I thought I knew?

“I have to risk teaching and writing what I must trust as the universal wisdom of God, and not just my own ideas. I have no other choice. In doing so I must be willing to be judged wrong by others more intelligent, wise, and holy than I.”   This is from Richard Rohr’s Daily Meditation from the Living School for Action and Contemplation…and I echo his claim.

Richard adds, “We all constantly draw wisdom from the ongoing evolution of consciousness…God is very patient.”  In Creation is Evidence of God’s Brilliance, I state that

God is in no way threatened by science or technology. Quite the contrary, God is giving us the guidance to learn more about His universe…and more. God reveals Himself to us and empowers us to learn more about Him as we are capable and prepared to know Him. For example, the Holy Spirit is not computer illiterate; God is in control and has led man to develop such technology and inspires men, like you and me, to use it to distribute knowledge, wisdom, and guidance to people all over the world.

Is it plausible?  Yes.  It is a theory…and a theory is good until it is proven to be wrong.  As Richard Rohr states, “If it is true, it must always have been true.”  The concept that humans are coming up with technology that is beyond God’s creation is preposterous; if we have the knowledge, He had it first.  He invented it.  Was such technology ‘known’ or conceivable at creation?  I say, “Yes, and more.”  Conceivable by God…not producible by man.

And now we are back to what I ‘know.’

I am in the process of expanding my knowledge, particularly as it concerns my spiritual beliefs and practice.  I intend to write more on this as I learn.   Something I think I have realized is that where I believe I am spiritually, can be reached by other more formal ways.  I am learning about these other ways…and those paths are apparently ancient.

The good news is, I am not alone.  The questions I will be pondering are how to get from my path to one of those other paths…or even, should I?  If God has been directing my steps thus far, and I trust He has, why should I leave the path He has constructed for me?  But then, He also directed my attention to these other ways.  I sense I must trust and be open…inquire and…

Besides, I intend to not only expand my knowledge but also my practice…which includes ora et labora … prayer and work, both alone and with others.  Perhaps by spending some time on one of these other paths, I might find opportunities to pray and work with other like-minded seekers.

Thanks be to God and to God be the Glory.

(The image at the top is provided by NASA through the Huffington Post.)

See the full, original post of Richard Rohr’s meditation for January 8, 2017.  You are invited to sign up for Richard Rohr’s Daily Meditations here: https://cac.org/sign-up/